iOS 10.3.2 update has released by the the Apple for iPhone, iPad & iPod Touch with several bug fixes & improvements. Are you jailbreak lover & searching Cydia download for iOS 10.3.2 ? Here’s all you need to know about Cydia iOS 10.3.2 with jailbreak status update

How to install Cydia for Apple iPhone, iPad or iPod ? Most of the user, they do not have clear idea about that. So, follow me & clear up, how to get Cydia for iOS 10.3.2 running devices, this review very useful for users to avoid from fakes 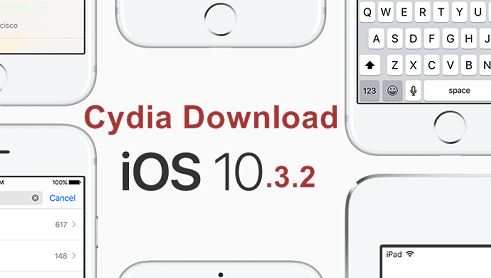 Actually this moment iOS 10.3.2 users are unable to install Cydia app for their devices. Because, currently we have not any tool for really jailbreak iOS 10.3.2 version. There are so many FAKE tools/web-clip applications surrounding in the web calming Cydia download iOS 10.3.2 with & without jailbreak. Please be careful & stay away from un-trusted things, that will harm your valuable data & device. We recommend to get us on your home screen for quickly access/receive latest & trusted news update about jailbreak & Cydia. Just hit on bellow link with your mobile Safari browser to get it on your device.

Add to your Home Screen 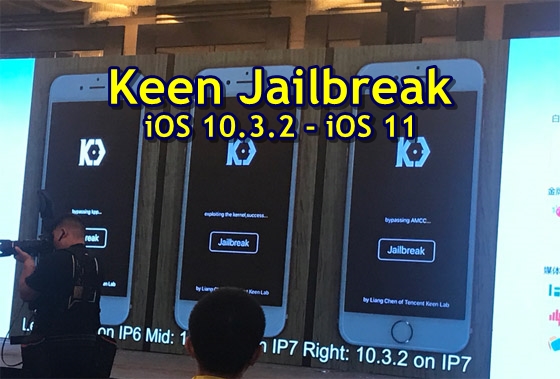 A legit Team of iOS security researchers called KeenLab recently successfully demoed iOS 10.3.2 jailbreak and iOS 11 beta jailbreak at Mobile Security Conference (MOSEC) 2017. In that event, they clearly shows working Cydia iOS 10.3.2 & Cydia iOS 11 beta on iPhone 7 & 6 devices. This will be very interesting News for all jailbreakers. But, they still didn’t release Keen jailbreak iOS 10.3.2 tool for the public users. Most probably it will be available to download just after Apple released iOS 11 final version.

Team Pangu already demoed their iOS 10 jailbreak solution at MOSEC in China. Reportedly, new Pangu jailbreak works on iOS 10.3 & 10.3.1 to install Cydia. But they were not released it for public users. Will Pangu update jailbreak & extend support to install Cydia iOS 10.3.2 & 10.3.3 ? When we can download Pangu ? Most users are asking from cydiainstaller.net. We can only just say, keep your hopes up & wait for Pangu to release jailbreak

Luca Todesco is the only developer who released jailbreak for users to download Cydia iOS 10 for their iPhone, iPad & iPod Touch. Can download Yalu for install Cydia on iOS 10.3.2 ? Currently Yalu jailbreak not compatible with iOS 10.2.1 & later versions to install Cydia. Currently, Luca has left iOS 10 jailbreak development means we can not expect Luca to update Yalu jailbreak & extend support more iOS versions. However, he will come with new iOS 11 jailbreak in near future.

What’s new with iOS Cydia iOS 10.3.2 ? This will be interesting to all Apple users to upgrade their devices to iOS 10.3.2. This 9To5Mac video will help to watch new features joined with Apple update.

Many users are installing FAKE web-clips instead of real Cydia. But all these applications are unable to bring real Cydia features for your device. You can’t install real Cydia without jailbreak or fake methods. You need to protect your device with these malicious applications. Please follow us to find official jailbreak solutions to get Cydia for your idevice.

Things are changing regularly, so keep in touch with us to get latest & reliable information/update regarding iOS, Cydia & jailbreak.  Follow us on Twitter, add us to your circle on Google+ or like our Facebook page

Recommend for Cydia not support users :