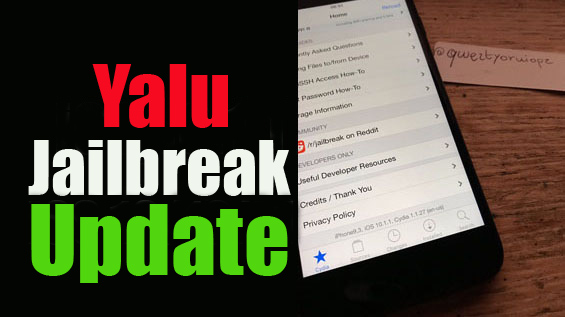 Both Samsung and TSMC are making A9 chips for Apple for the iPhone 6s, iPhone 6S Plus & iPhone SE. The original versions of iOS 10.1.1 Yalu jailbreak was only supported for the devices with Samsung chips. Now, the modified version of Yalu jailbreak has fixed that compatibility issue & added the TSMC chip versions support. The fix is released by the developer who known as @sticktron on Twitter and Luca also agree with him. Says Todesco.. “I suggest using @sticktron’s 6s TSMC fix, no one else’s.”

Want some help to jailbreak & install Cydia for your device? Yes, you can follow our tutorial guide below..