Well known iOS hacker, Tihmstar has just released a new iOS 10 – 10.3.3 jailbreak for 32-bit devices. Here’s how to download and all you need to know about it.

This new iOS 10.3.3 jailbreak is called h3lix and developed by the tihmstar who already released Phoenix Jailbreak and EtasonJB Jailbreak for public users. 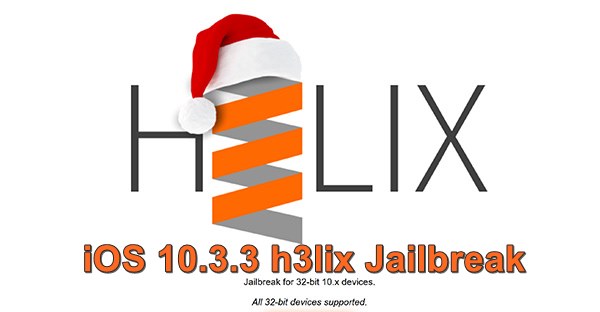 h3lix jailbreak is only support for 32-bit iOS devices and compatible with all iOS versions form iOS 10.0 – 10.3.3 to jailbreak & Cydia download. This provides semi-untetherd jailbreak means you need to re-jailbreak after reboot your device.

This iOS 10 – 10.3.3 h3lix jailbreak is very imported for Apple 32-bit device users. Because, iOS 10.3.3 is the latest firmware version that support for 32-bit devices (iPhone 5C, iPhone 5 & iPad 4th generation) and now they can enjoy jailbreak / Cydia forever with their device.

Here’s all you need to know about iOS 10.3.3 h3lix jailbreak

Step 2: Download the IPA file of the jailbreak from above official link on to your computer. (Developer warns to avoid using mirror links to download jailbreak file)

Step 6: Enter a valid Apple ID and password when it prompt.

Step 7: Wait for the jailbreak app to be installed on your iOS device. Once it complete, you will see “h3lix” app icon on your Home screen.

Step 8: Open the “h3lix” app and tap on “Jailbreak” button to jailbreak & Cydia install to your device.

Step 9: Wait for to complete the jailbreak process. Finally Cydia will be seen on your device Home screen.