Finally, now you can Cydia download for iOS 10.2.1 running devices. A new-coming iOS hacker is called Abraham Masri (@cheesecakeufo) has released a working iOS 10.2.1 jailbreak. Here’s how to download Cydia iOS 10.2.1 for your iPhone, iPad & iPod

The new iOS 10.2.1 jailbreak tool is called Saigon (Saïgon). It is a semi-untethered jailbreak and supports only for 64-bit devices to install Cydia iOS 10.2.1 to iPhone, iPad & iPod 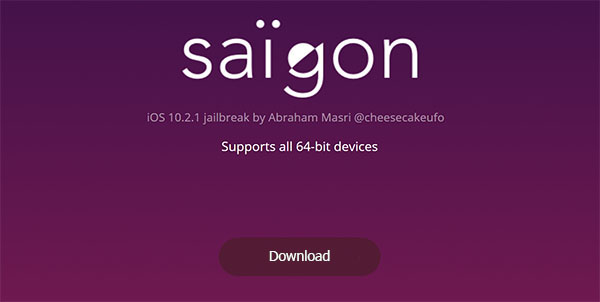 Abraham Masri has used the 3 exploits (triple_fetch, ziva & extra_recipe) were made by Ian Beer, Adam Donenfeld, and Luca Todesco and compiled them into one to develop Saigon jailbreak for iOS 10.2.1.

Here’s what you need to know about iOS 10.2.1 Saigon jailbreak

Update 1:
The developer has removed the ipa file from official site cause of some issues. However, new mirror of the IPA file is now available to download. Please use your own risk or use Xcode method to jailbreak your device with Saigon

Step 5: Wait for the jailbreak app to be installed on your iOS device. Once it complete, you will see “Saïgon” app on your Home screen. 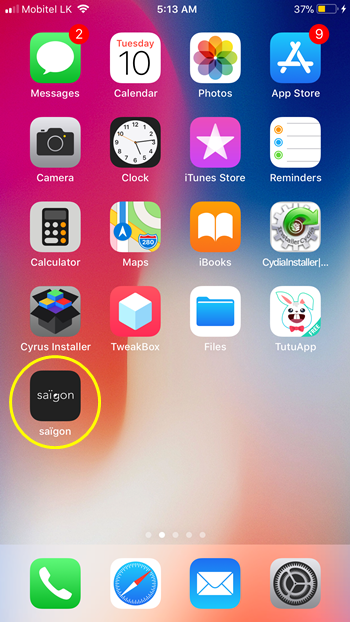 Step 6: Go to Settings >> General >> Profiles & Device Management and find the profile associated with your email address. Tap on it and trust the certificate.

Step 7: Open Saigon app on your Home screen and tap on “Jailbreak” 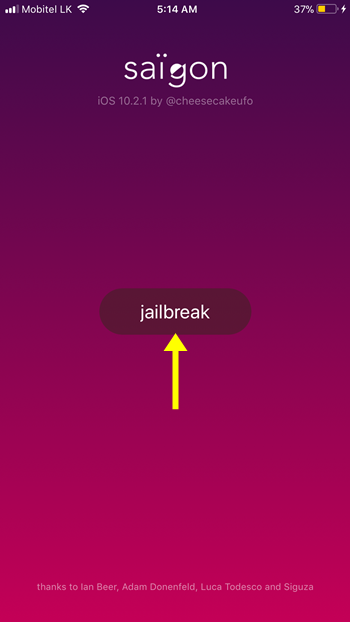 That’s it, if fails, just reboot and try again.

Step 1: Download the saigon-master.zip XCode project from above link & open on your Mac.

Step 2:  Connect your iPhone / iPad / iPod to Mac. Select your device from the top left section on Xcode and run the project.

Step 3:  Wait for the jailbreak app to be installed on your iOS device. Once it complete, open Saigon app on your Home screen and tap “Jailbreak” button.

After complete the process, you will see Cydia app on your device Home screen.

4 Comments on “Download Cydia For iOS 10.2.1 With Saigon Jailbreak [Tutorial]”