admin Posted on August 2, 2015 Posted in TaiG jailbreak No Comments 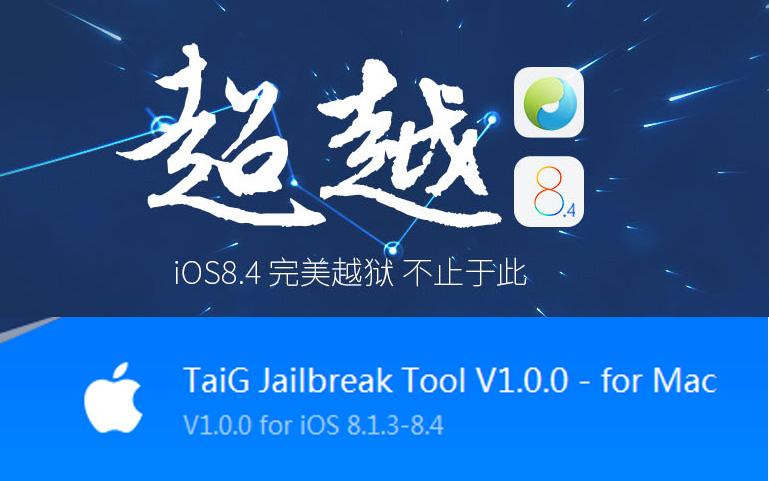 The TaiG tool for Mac supports to jailbreak following iOS devices with iOS 8.1.3 – 8.4

With this new release, now there are two different jailbreaking tools are available for iOS 8.4 idevice users to get Cydia for their devices. Because two weeks ago, PP jailbreak tool version had released for Mac support. This is complete user guide for jailbreak with pp on Mac..

So, did you still not jailbreak & install Cydia for your iPhone, iPad or iPod or if you had problems with jailbreaking PP try with new TaiG tool for Mac released. You can follow below step guide to successfully jailbreak your device..

Update :
TaiG has updated their Mac version of jailbreak tool. The latest version for Mac is TaiG V1.1.0 fixed the blank screen on OS X 10.9. Complete update log of TaiG Mac version is shown below..