What will be the Apples’ next iOS version? – How to Cydia download?

Lastly, Apple released iOS 8.1.2 version update for the public on December 9, 2014. Then, very next day TaiG jailbreak for iOS 8-8.1.1 was updated as iOS 8.1.2 support.  So, that was possible, Cydia download & install for iOS 8.1.2 devices without any delay. Now.. this is the time for new iOS updates out. What will be the next version of Apple iOS and how to get Cydia for that? 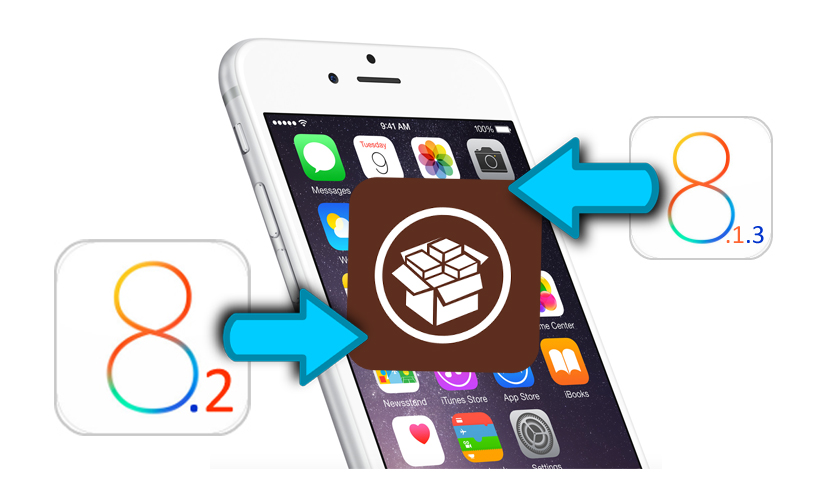 Just after released iOS 8.1.2, Apple has seeded beta versions of new upcoming firmware. It is iOS 8.2. Here now, there are four beta versions of iOS 8.2 has released for registered users. The last beta version (iOS 8.2 beta 4) was out few days ago and what will be next??

What will be the next iOS release & how to get Cydia for it ?

There is still no straight forward answer for that question. It may be iOS 8.2 beta 5, iOS 8.1.3 or iOS 8.2. Apple still has not announced anything about they will. That’s way most of the rumors have made around that. Whatever it is, idevice users want Cydia download for it without any delay like iOS 8.1.2 version. So, we will discuss about ability of Cydia download for upcoming iOS version.

Most probably, Apple will out one or two minor software update before the iOS 8.2 release. Because, they are trying to handover iOS 8.2 as a big major stable & bugs free version. The company doesn’t like to get any hassle with iOS 8.2 update. They are obtaining long time for release that iOS update final. That’s why all are expected minor released as iOS 8.1.3 prior to the big one. Apple will check errors & security holes by using iOS 8.1.3 release.

If it is true iOS 8.1.3 version as next iOS updates, what about Cydia download for iOS 8.1.3? Is it easy to get Cydia on that firmware version & how long it will take for that? These are the things we have to consider.

In our point of view, users do not wish to Cydia download for iOS 8.1.3 and jailbreakers shouldn’t release jailbreak to public for iOS 8.1.3 version. OK! Please don’t angry with us. Why we tell like this?

iOS 8.1.3 will be not a permanent version. The considerable stable version update is iOS 8.2. Using iOS 8.1.3, Apple will try to find security holes of their upcoming major iOS 8.2 update. If someone early expose exploits, then, it will make easy to Apple, find &  fix those exploits and cause, more harder to jailbreak valuable iOS 8.2.

This is the most valuable iOS version; we have to jailbreak & Cydia download. Apple will take all efforts to make error & jailbreak free this iOS 8.2 version. Meanwhile, hackers also will try their best to get Cydia for iOS 8.2 update.

One of the team of jailbreak, TaiG has already jailbroken iOS 8.2 beta versions (iOS 8.2 beta 1) and announced, they can jailbreak iOS 8.2 final for Cydia. Also, the other few great jailbreak teams are ready to Cydia download & install for upcoming iOS version. So the field is open for all..

What are the most expected jailbreak solutions to get Cydia iOS 8.2 ?

There are few jailbreak teams with great ability to download Cydia with iOS 8.2 jailbreak.

This is a face to face game of company Apple Vs Hackers. Until this moment, hackers have won. And what will occur in next time ?? If hackers won, Cydia will be on your hands. Hopes up on Cydia jailbreak….!

6 Comments on “What will be the Apples’ next iOS version? – How to Cydia download?”