admin Posted on January 11, 2015 Posted in Cydia for iWatch No Comments

Are you ready for Apples’ new innovation? Now you are able to take phone calls by your wrist. This is the all new smart product-Apple Watch. This brings hundreds of smart features to your wrist.

What is Apple Watch (iWatch) ?

Apple Watch is the smart-watch that created by the Apple Inc. This will be the next generations’ smart mobile product of the World. iWatch announced by the Apple, on September 9, 2014 and will be released in early 2015.

Apple iWatch designed with running on upcoming iOS 8.2 version. We expect, Apple will introduce new iWatch beside with the latest iOS 8.2 release.

iWatch can make & receive phone calls as well as the massages. Also it supports for existing idevices and services. Apple iWatch is compatible with iPhone 5, iPhone 5c, iPhone 5S, iPhone 6 & iPhone 6 Plus with running iOS 8.2 and Apple TV.  It is expected to work with Apples’ mobile paying system, Apple Pay. iWatch will be supported to run 3rd party apps and Apple already has released WatchKit API (developer tool for apps to) for developers with 3rd beta of iOS 8.2 to develop apps for iWatch. 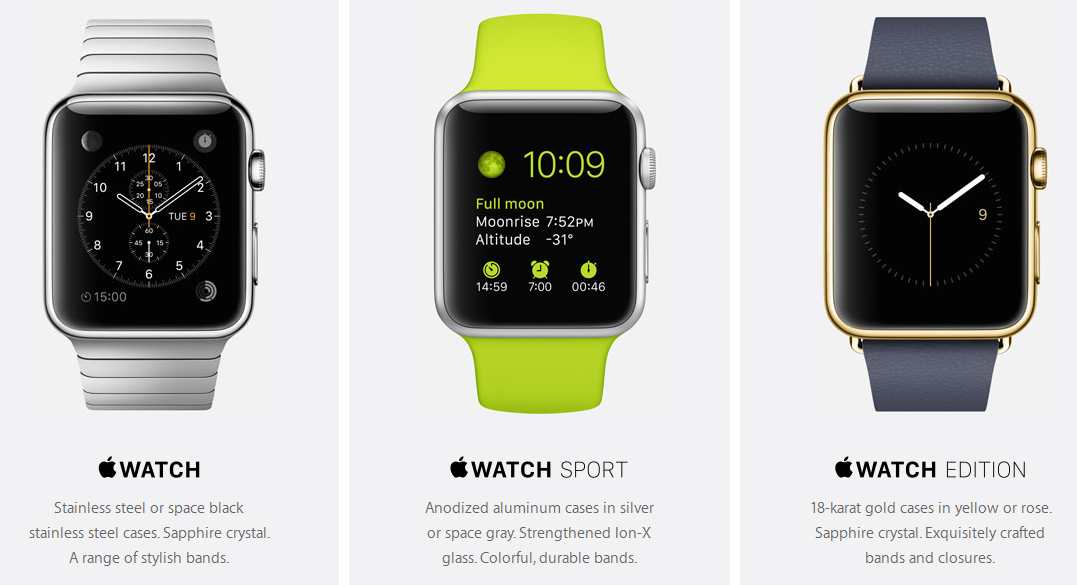 Apple iWatch will be the revolutionary product of the mobile idevice. There are so many amazing features for users with iWatch. If you can install Cydia for this device, iWatch will be the most awesome device in the idevice field.