We have interesting news for jailbreakers & Cydia lovers. If you are on iOS 9.0.1, 9 or 8.4.1 you may be a chance to get your loving Cydia for your device. So, here’s how and what should you do.. 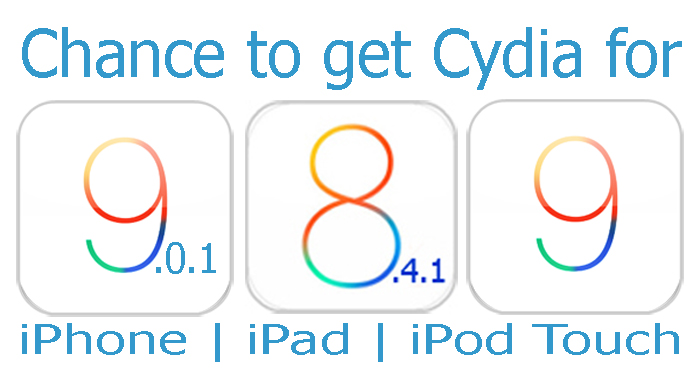 The developer, Luca Todesco says he has been already working on a releasing for iOS 8.4.1 jailbreak tool and it could be released soon for the public. That means, iOS 8.4.1 users can Cydia download for their devices in near future. As well as the iOS 9 & iOS 9.0.1 users are also able to get Cydia for their iPhone, iPad or iPod Touches by downgrading it to iOS 8.4.1.

In early, Chinese Pangu team has successfully demonstrated iOS 8.4.1 jailbreak at HackPwn2015 security conference. However, they are still not talking about releasing the jailbreak tool for the public. But this time Italian developer Luca Todesco ready to release public jailbreak tool for the iOS 8.4.1. With his twitter account & on the Reddit, he has delivered more information about the him & his effort. Therefore we cannot this ignore and have to get as serious.

The good news is every one can enjoy Cydia if it is released jailbreak for iOS 8.4.1. Apple is still signing iOS 8.4.1 so, iOS 9 & 9.0.1 users are able to downgrade to iOS 8.4.1 right now. Then, when the jailbreak iOS 8.4.1 is alive you can Cydia download for your device. Please keep in mind, Apple could stop signing for iOS 8.4.1 recently at any time & thereafter it is impossible to downgrade to iOS 8.4.1. So, if you are interested with Cydia this is the best time to get it on your device. Downgrade immediately..

When the jailbreak release for iOS 8.4.1?