iMods – The true Cydia alternative is now ready to launch

Now it’s all ready to revolution. The upcoming Cydia alternative app store, iMods is going to be launched. Therefore, the first public beta testing of iMods is stating now. So, do you like to iMods download for your iPhone, iPad or iPod.? 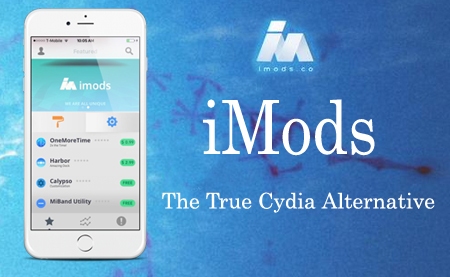 iMods is the another app store for apple iPhone, iPad & iPod Touch devices which is alternative to Cydia store. Follow bellow link for more detail about the Cydia alternative iMods store..

The iMods developers have decided to release iMods for the first 500 peoples who sign-up with the program. So, the user subscription was started on 22nd September 2015 onward & now it has been filled first 500 VIP spots. But you can still sign-up at http://iMods.co/signup  to reserve your spot for iMods beta testing.

On past 16th of  August, They had published a video of the Official iMods beta walkthrough. The video shows iMods app installed on a iPhone with navigating the several section, search apps & how to install and many more in detail. Looks like it could give a real challenge to Cydia & Cydia app on iDevices. Watch this video walkthrough of iMods to get real idea..

On 22nd of September, iMods started public beta release. This means it’s so closer to the final release. So, we can expect it will be available to download before end of this year.

Is jailbreak needed to install iMods?

No. only the iMods installer tool. (Actually jailbreaking is re-branded in iMods)

Can I install iMods without using a computer?

Like Cydia install, here you have to use a computer to install iMods wirelessly.

What do you think about iMods? could it act as a real alternative for Cydia? In near future, we can exactly know that..