Most probably iOS 8.2 original version will be launched in early 2015. Most of Apple iDevice users are waiting for this release as well as iOS 8.2 jailbreak. Because; users like maintain their devices as up to date, but it’s not worth without Cydia for new updated firmware. 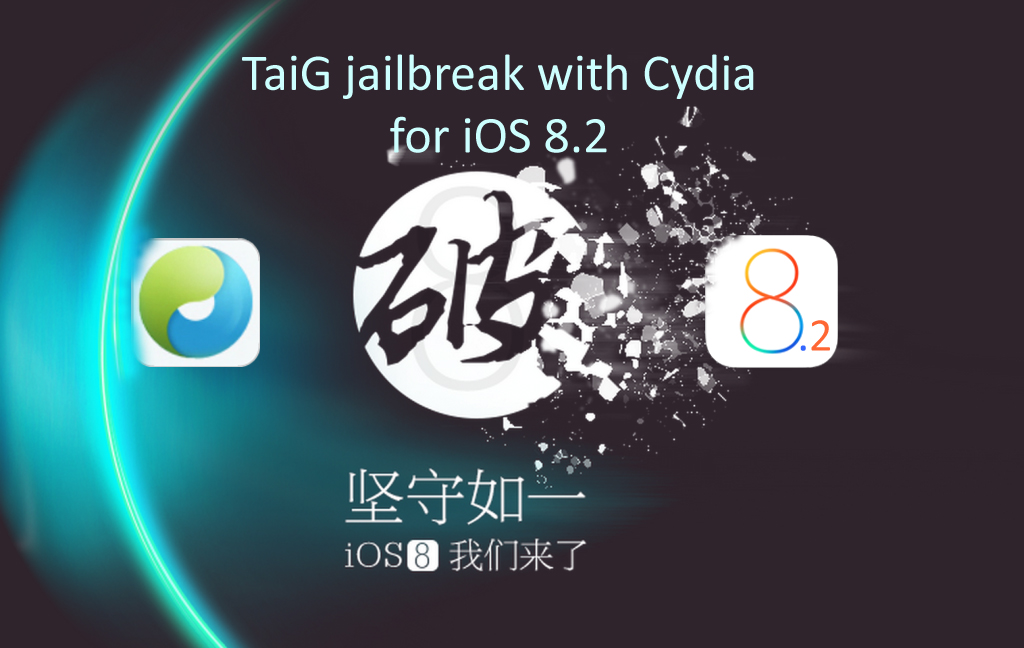 In case of upcoming iOS 8.2, TaiG jailbreak is the most trusted solution for the Cydia (It’s already have done jailbreak  iOS 8.2 1st beta version). Other one is the Pangu jailbreak, which much more popular than the TaiG. But, it has failed on both last versions, iOS 8.1.1 & 8.1.2. TaiG was arrived at that stage with Cydia for iOS 8.1.1. Then, Apple released iOS 8.1.2 and very next day, TaiG download tool was updated for iOS 8.1.2 jailbreak support. That’s why you were able to Cydia download & install with latest iOS release.

What is the response of TaiG team about iOS 8.2 ?

Yes. It is very clear. You can notice it by the following announcement;

So far, TaiG JailBreak (supporting iOS8.0-8.1.2) has gained popularity and consent among worldwide jailbreakers for its simplicity, security and transparency. A lot of media, senior JB developers and fellow developers have expressed their congratulations, TaiG hereby thank all of them.

Due to complexity of JailBreak, we notice there are some doubts in media reports, e.g. Does TaiG support iOS 8.2 beta? What’s TaiG’s consideration to release it for 8.1.1? We would like to make some clarifications for these questions:

1. In fact, support of iOS 8.2 has been completed by TaiG, as 8.2 is still at beta stage, we have disabled support for 8.2 in current public release.

2. Releasing a stable iOS version around Thanksgiving, and maintain it until the first quarter of next year, has been usual practice of Apple, which means 8.1.1 will be around for quite some time, and it is a relatively stable firmware. These are the main reasons that TaiG chose to release JailBreak for 8.1.1. In addition, signing of 8.1 is closed earlier today, thus it could be a good time to update to 8.1.1 and Jailbreak.

3. 2 above is also in responding to the concern that TaiG may expose exploits too early. Postponing release will not bring more benefits for users, that will just increase influence on attention from the hunger desire of users.

4. In our team we have the 3rd (probably the 1st) developer in the world who has accomplished JailBreak individually. We will try to give you surprises in every subsequent iOS public release, and we are very confident about that.

5. Of course Jailbreaking is a hard and complex work, relying on 1 person or a single team will not make it last long. Luckily we have some fellows domestically, if we can cooperate, it will bring more benefits for all users. Thus we sincerely invite PanGu Team for a face-to-face communication, to find a way of cooperation for providing faster and better jailbreak service together.

6. Thanks again for everyone’s attention on TaiG. Thanks to thousands of enthusiastic users for providing bug feedback and suggestions, we will be fixing these in our next release soon.”

According to this announcement, we no need to worry about Cydia install for upcoming iOS 8.2. The iOS 8.2 jailbreak has already completed by the TaiG. That’s mean, when the Apple released firmware, there will be jailbreak available within next few days. Then, you can download TaiG with Cydia iOS 8.2 jailbreak.

How to jailbreak iOS 8.1.2 with TaiG untethered ? – Cydia download & install.