Apple has released new firmware update, iOS 10.0.3 only for iPhone 7 & iPhone 7 Plus users. This update is more important, because it brings bug fixes including an issue where some users could temporarily lose their cellular connectivity. Was their any change for iPhone 7 jailbreak status with this iOS 10.0.3 ? User their are waiting Cydia download for iPhone 7 / 7 Plus may really like to know current status of the iOS 10 jailbreak 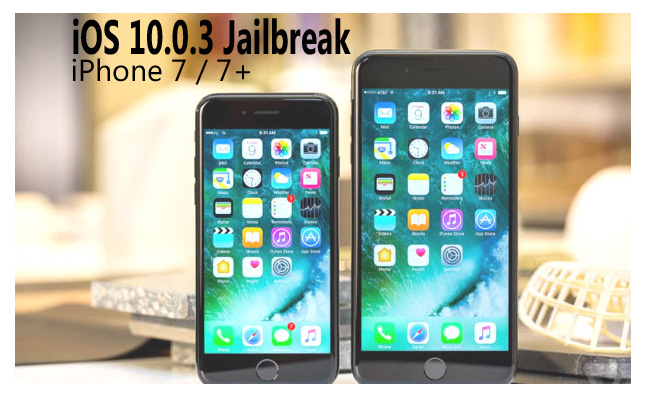 Really No. Jailbreak is not support for iOS 10.0.3 latest version also.

Actually No. iPhone 7 & 7+users are still unable to Cydia download for their devices. Because, iPhone 7 jailbreak is not released yet for the public. But, it is possible to jailbreak iPhone 7. A hacker has already been jailbroken iPhone 7 with install Cydia.

Yes. iPhone 7 has been jailbroken by the famous Italian iOS hacker & developer, Luca Todesco (Aka qwertyoruiop) in few days ago.

What are the iOS version currently that unable to jailbreak for install Cydia ?

What is the latest firmware version can install Cydia ?

Pangu has confirmed, No release jailbreak for iOS 9.3.4 & 9.3.5 versions. Because they are working hard to find a jailbreak solution for iOS 10. Pangu Team already demoed Cydia on iOS 10 in MOSEC. Read More.. Therefore we can expect final release in near future..