Apples new iPad has announced with it minis as iPad Air 2 and iPad Mini 3. Now you can pre order this both devices from Apple Store with free shipping. It will release 20th of October for the public. iPad Air 2 & iPad Mini 3 both will come with iOS 8.1 out-of-the- box. This will be the great combination, iPad Air 2/iPad Mini 3 with iOS 8.1 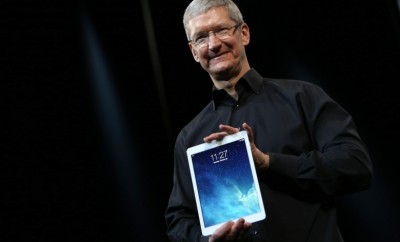 iPad Air 2 is the 2nd generation model of iPad Air. Before it, there was five iPad model available as iPad Air, iPad 4th generation, iPad 3rd generation, iPad 2 and iPad 1st generation. This is the thinnest iPad version ever. It will release with iOS 8.1 versions. Some interesting features are;

iPad Mini 3  was also announced alongside with iPad Air 2  on 16 of October. It is the 3rd generation of iPad Mini devices. Its main new feature is Touch ID only. In addition to iPad Mini 3 comes with Gold color option.

How to install Cydia for New iPad Air 2

How to Install Cydia for New iPad Mini 3