Jailbreak iOS 9 – Ability to get Cydia for upcoming version

Apple’s next new operating system, iOS 9 for iPhone, iPad & iPod is ready to launch. First beta version of it introduces for the registered developers at the Apple Worldwide Developers Conference (WWDC) on June 8 2015 & final public release will be expected in September.

There is no doubt; this will bring wonderful features & improvements on your idevice as never before. So., how wonderful experience if you can get best alternative app store – Cydia also on all new iOS 9 running device. This review is about ability of jailbreak & install Cydia for upcoming iOS 9 firmware update. 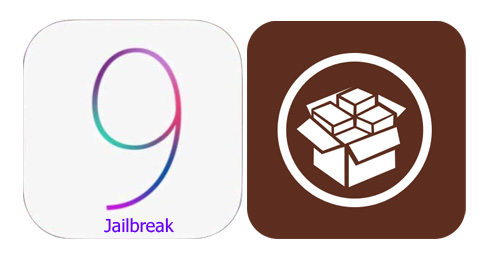 Before talking about jailbreak, it is better to get rough idea about what’s coming with iOS 9. It will help you to imagine the role of Cydia on upcoming firmware.

According to Apple, iOS 9 will be the more intelligent OS. It gives user to better experience with every touch. Some highlighted features are;

iOS 9 is compatible with following devices;

Yes. We have good news about ability of jailbreak iOS 9 firmware. Therefore we can keep hopes to install Cydia on newest iOS version running devices. iOS 9 brings your idevice to more significant features & Cydia will allow you to unlimited customization of those features. So, Cydia installed iOS 9 running iPhone, iPad or iPod means most powerful, featured & uncommon personal mobile device in the world.

Who are working for jailbreak iOS 9?

Cydia for iOS 9 with TaiG jailbreak

TaiG team fully focuses on upcoming firmware. According to the team member Ray Xie, they are not any trying to find jailbreak solution for iOS 8.3 or 8.4 as available versions at this time. They focus on iOS 9 jailbreak. Because; they believe jailbreak iOS 9 is not impossible thing. So, wait patiently & see how TaiG brakes & manage Apple’s newest security architecture. If they win this battle, we are lucky to get Cydia for iOS 9 running devices.

This is the very good news for Cydia lovers. The Chinese group of hackers is called “Keen Team” (or K33n Team) says, they are already working on iOS 9 to release their first ever jailbreak tool with the assistance of well-known Pangu team.

So, how great news this is. But, who are these guys? And are they ability to do like that?

The K33n Team hasn’t released or participate jailbreak yet. But, the team has great history about hacking Apple’s iOS & iPhone as well as the Google’s Android. The Keen Team has won Mobile Pwn2Own competitions for exploiting iPhones by breaking Safari browser at the 2013 and 2014. The team has recently released its Android PingPongRoot tool, which allows users to root Samsung Galaxy S6 phones. Last week, the member of Keen Team James Fang showed many

What about Pangu’s contribution for iOS 9 jailbreak?

Pangu has  successfully completed & demonstrated an iOS 8.3 jailbreak. They plan to release it right after the iOS 8.4 public release. There is no any feedback from Pangu about iOS 9 jailbreak yet. But, they will assist the Keen Team for jailbreak iOS 9 success.

After the long silence, the things are happening.. Touch with us for the latest update on iOS 9 jailbreak. Follow us on Twitter, join our Facebook fan page to get all about iOS, Jailbreak & Cydia.