admin Posted on December 19, 2018 Posted in Uncategorized No Comments

iOS 12.1 jailbreak on iPhone XS Max has been demonstrated by KeenLab. Here’s all you need to know about in details. 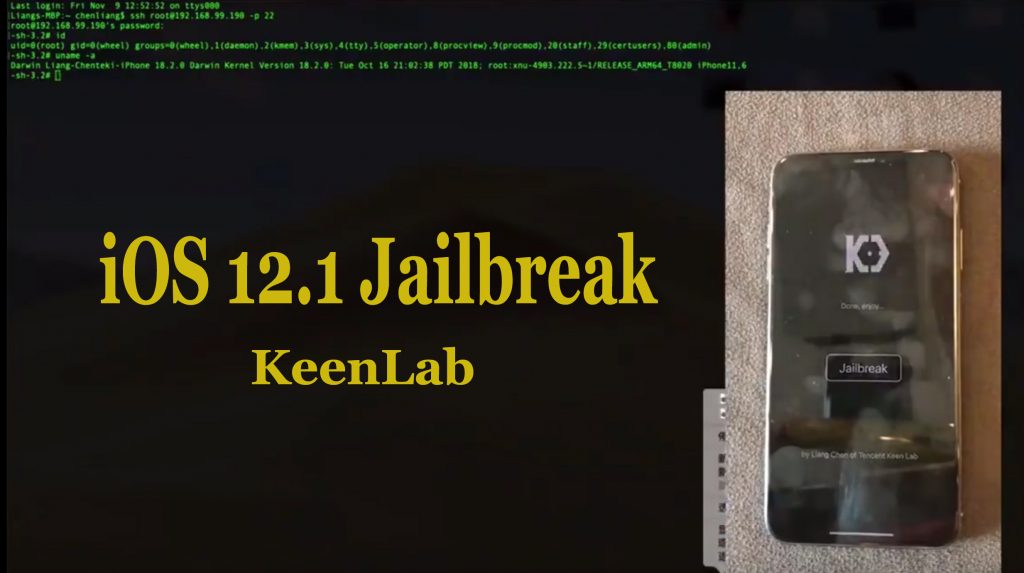 Tencent KeenLab is a reputed security lab that involves mobile security and other successful events. The name KeenLab is also popular among jailbreak community because of their successful projects of jailbreaking Apple iOS. Now they have demonstrated Apple’s all new iOS 12.1 jailbreak which running on iPhone XS Max. Lian Cheng, KeenLab security researcher revealed that the demonstration of their iOS 12.1 jailbreak at POC 2018 held on 8 th – 9 th November 2018.

Before participating this event he has made an announcement via twitter they are going to jailbreak iOS 12.1. They also published some photos as evidence of this jailbreak to prove the possibility. 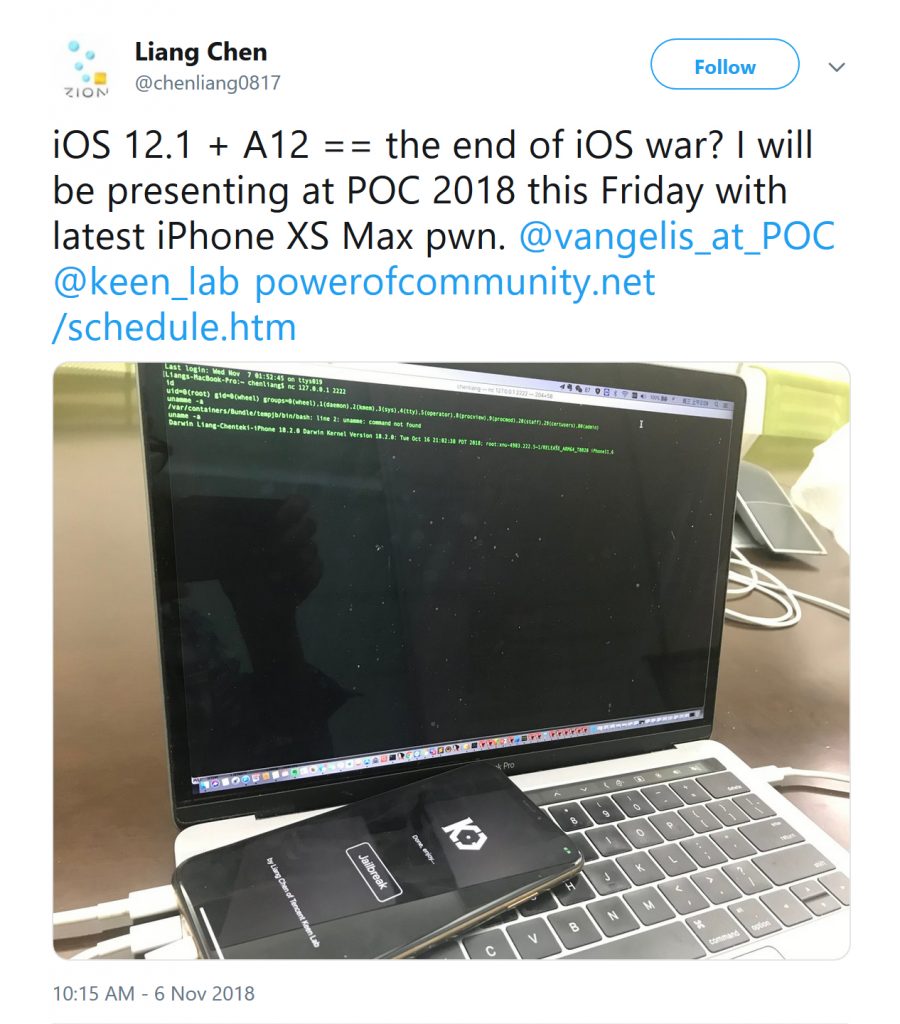 It’s likely that this will be a semi-tethered jailbreak experience, which means that the app would need to
be loaded and executed each time the device is powered down or hard rebooted. Although this can’t be
currently confirmed.

Below YouTube video shows the new jailbreak in action

Is this will release as public jailbreak? Unfortunately, KeenLab is a professional security team that never releases a jailbreak publicly. Nevertheless, this is good news for all iPhone users since we now know that iOS 12.1 is jailbreakable.