Apple to all set release new iOS 10 firmware update for the public in end of this month. So, the story we are going to say will be very interested for Cydia jailbreak lovers. The latest release – iOS 10 beta 8 has been jailbroken by the hacker.

Well known hacker, Luca Todesco has released a video to YouTube that shows process of jailbreak & Cydia on a iPad running iOS 10 beta 8 that recently released. The jailbreak is named as yaluX jailbreak & works with iPhone 5S and above devices. 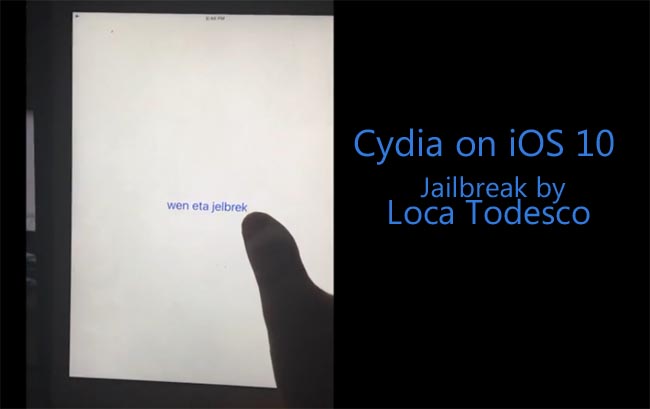 Before this iOS 10 jailbreak demoed by the Luca, your favorites Pangu Team and hacker iH8Sn0w has also successfully demonstrated Cydia for iOS 10 beta versions. However, they also did not released their jailbreak for the public users.