iOS 9.3.3 is on now developing stage & Apple just released the first beta for developers. The famous hacker, Luca Todesco has demonstrated iOS 9.3.3 jailbreak with a photo of iPod 6 running Cydia on iOS 9.3.3. Read more in his Twitter.. 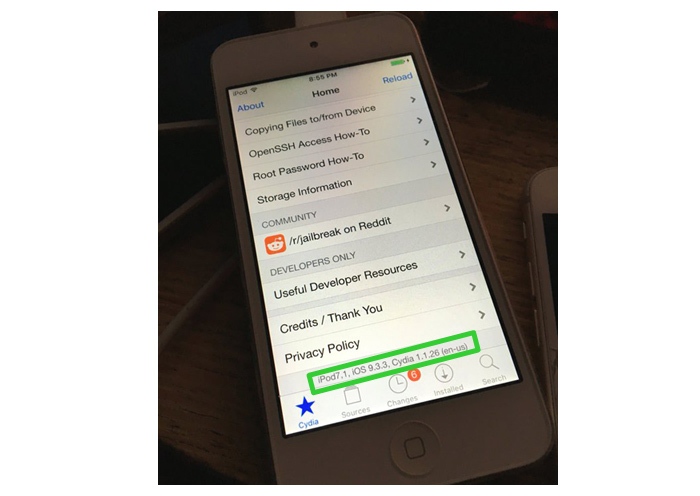 Luca Todesco already has demonstrated iOS 9.2, 9.2.1 & iOS 9.3 jailbreak with Cydia in a video. But, sadly he didn’t released his jailbreak for the public.

Still situation is not changed, jailbreak not available for the iOS 9.2 & later firmware versions. This mean, you are unable to Cydia download for iOS 9.2 – 9.3.3 running iPhone, iPad or iPod. So, iOS 9.1 is the latest version to download Cydia.

Situation can be changed at any time. If any jailbreak update available, we’ll let you know as soon as possible, stay with us for trusted information about Cydia & jailbreak.