Another interesting news for jailbreak & Cydia lovers, the latest firmware released – iOS 9.3.2 has been jailbroken.! The hacker shows working Cydia on iOS 9.3.2 in a video demo. 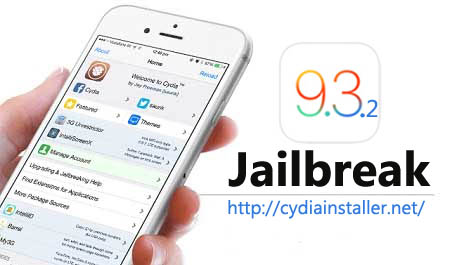 This time, Todesco has released a video that demos how to jailbreak iOS 9.3.2 & install Cydia. The video shows JailbreakMe (Browser-based jailbreak solution -last released for iOS 4.3.3) like browser-based jailbreak works on iOS 9.3.2 running iPod 6 device for install Cydia. Also he installs & runs a Cydia tweak on his jailbroken iPod to show how it’s working good. Also, for this process he never uses a computer & jailbreak iOS 9.3.2 directly through safari browser by just a click. Take a look at the video below…

When release iOS 9.3.2 jailbreak for the public?

Sadly, we don’t expect Todesco to release iOS 9.3.2 jailbreak. He never shared his jailbreak publicly. However, this is the great invent for jailbreak developers. He has shown iOS 9.3.2 can be jailbroken as well as the browser-based jailbreak still void for jailbreak latest firmware. Keep your hope on favorites Pangu, TaiG or PP jailbreak team, will provide solution for recently..

What is the latest version to Cydia download with jailbreak?

Situation is not changed, jailbreak still not available publicly for the iOS 9.2 & later firmware versions. This mean, you are unable to Cydia download for iOS 9.2 – 9.3.2 running iPhone, iPad or iPod. So, iOS 9.1 is the latest version to download Cydia.

We’ll let you know as soon as available any Cydia jailbreak update. Stay with us for latest & trusted information..

66 Comments on “Cydia for iOS 9.3.2 – JailbreakMe like browser-based Jailbreak demoed”