Apple has just release iOS 10.2 for iPhone, iPad & iPod. There is no any public jailbreak available for the iOS 10 yet. What about iOS 10.2 jailbreak ? Hackers (Pangu) will release jailbreak for iOS 10 with iOS 10.2 public version? Please wait! If you want download Cydia for your device, think twice before update your device to iOS 10.2 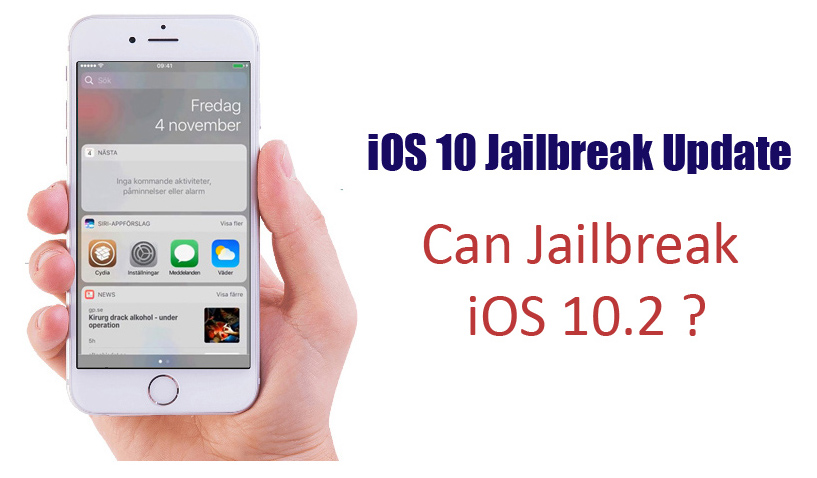 So, if you interesting to jailbreak iOS 10 in the future, please stay away from iOS 10.2 and good to stay on iOS 10.1.1 according to Luca Todesco. Because, he is very talented, established & well-known hacker in the field. Luca already has successfully demoed iOS 10 jailbreak few times.

Actually we can not say about the public release date of iOS 10 jailbreak at this moment. It may be available soon or in late future. iOS 10.2 has patched more bugs means jailbreak getting harder and harder to achieve. Therefore, it is better to seriously consider Luca’s point. If you are willing to get Cydia for your iOS 10 iPhone, iPad or iPod with future jailbreak, avoid updating to iOS 10.2

What you think? Stay on iOS 10.1.1 for future jailbreak or just upgrade to iOS 10.2 for get latest security update to your device?

Update 3: Luca has condemned his own warning! iOS 10.2 jailbreak is coming..

You may also check-out :