Things are going to be amazing.! Pangu released iOS 8 jailbreak versions for Mac just now. Mac users, this is the time to jailbreak your iOS 8 devices with Pangu 8 you were waiting for. With this latest released, those who are working with Mac computers, able to download & install Cydia for your iOS 8.1 devices using Pangu8 jailbreak. 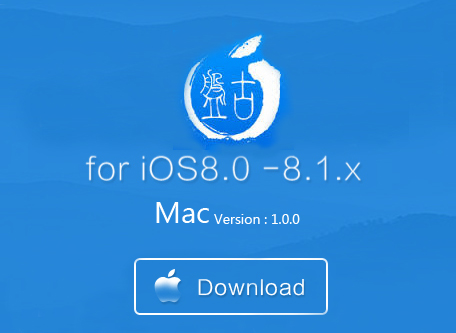 For iOS 8, Pangu released their initial jailbreak on 22nd of October 2014. It was only for Windows and after that they added four version updates for that Pangu8 Windows jailbreak tool. Now, this is the first version of Pangu iOS 8 jailbreak for Mac and 5th for initial Pangu 1.0.0 on iOS 8. As a Mac user, you had to wait little bit time, until Pangu release jailbreak update for Mac on iOS 8. Because; they were working hard to fix bug & stable enough to Pangu jailbreak with Cydia on iOS 8. However; now both Cydia & jailbreak are Stabled on iOS 8, and support for Windows as well as Mac.

This is the first Mac version of Pangu8 for iOS 8 (Version 1.0.0) and there may be many bugs included. Then, it is better to wait some time for stable or if you can’t wait, download Pangu8 for Mac (version 1.0.0) and install Cydia. Below links are ready for you to help;