↓ Skip to Main Content
Cydia Installer > About Cydia > What is Cydia? 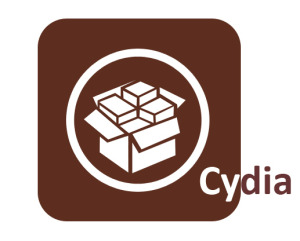 Cydia is the best 3rd-party Application Software for Apple iOS devices; iPhones, iPads and iPod Touches developed by Mr.Saurik. Cydia is not only an App, but also behave as an App Store. We can use Cydia as an alternate for Apple’s Official App Store. Once you install Cydia on your device, able to find and download thousands of apps through Cydia, which are not available in the official App Store. Cydia may also allow users to do things as they wish. The Apps available through Cydia bring awesome benefits and features for your iOS device. It is completely FREE for all.

The developer of Cydia is Jay Freeman, well known as Saurik and his company SaurikIT. Cydia is greatest invent for the Apples grate products. Simply you cannot ignore this product because; it has ability to wonder you.

Company Apple, already has provided idevice users to their own App Store. By the each & every idevice, user can download app from it.  Then, why you need Cydia? Outside the Apple App Store there are so many awesome apps by the word wide developers for iOS devices. But, Apple strictly prohibited these third-party software download for iOS devices. Beside, you can’t customize & control your device using with provided apps by the Apple App Store. Apple doesn’t allow users, to do things they like with iOS device, course, and obstruct your FREEDOM

Now the reason is clear, why you need Cydia as a alternations for Apple App Store. Unlike Apple, Cydia gives you to chance for make the idevice awesome in your way.  It allows you to find, download & install more featured & powerful software for iPhone, iPad & iPod Touch device. There are in themes, tweaks, extensions, add-ons and anymore to download & install in Cydia App Store. Cydia apps, which are not only for customize but also add new features to your device ever. You don’t worry about downloaded apps from Cydia app store, Cydia guarantee for you its secure.

Cydia gives more video, gaming and personalization options for you. It is the only way to get most popular apps like “Winterboard”,” Cycorder”, “MxTube”, “ MyWi”, “PDANet”, “Intelliscreen”. Course Cydia, will increas the resale value of your iPhone, iPad or iPod Touch.