A update is available for new iOS 10 / 10.1.1 jailbreak. Luca Todesco has just released b4 version update of his Yalu jailbreak. Now you can download Yalu beta 4 jailbreak for your iPhone, iPad.

This update has added Mobilesubstrate support for the iOS 10 / 10.1.1 jailbreak as first time & few more things. However, Yalu b4 is also not supported for more devices unless iPhone 7 / 7 Plus, iPhone 6S & iPad Pro that initially supported. 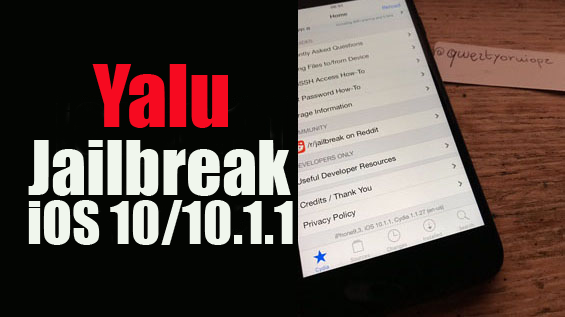 Please note, Yalu jailbreak is still not stable and may have some issues yet. Luca says ” it may have some new issues. If OS does not come back after reloading, reboot and try again”

You can follow bellow tutorial for complete jailbreak guide : iOS 10 / 10.1.1