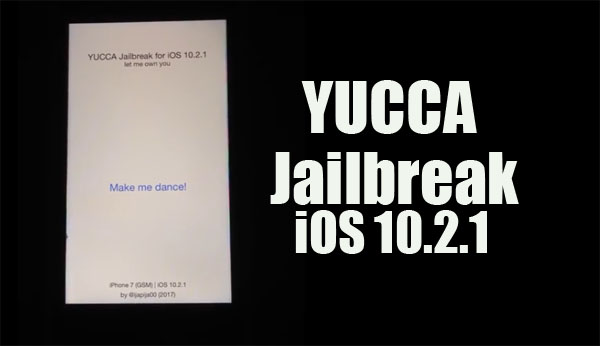 The iOS hacker is called @ijapija00 claims that he has successfully done iOS 10.2.1 (b2) jailbreak. He has released a video to YouTube that demonstrate iOS 10.2.1 jailbreak named as YUCCA Jailbreak with Cydia on iPhone 7.

The video shows code injection for jailbreak iOS 10.2.1 and after working Cydia. Also he shows some jailbreak utilities in the video. According to @ijapija00, YUCCA jailbreak still only works with iOS 10.2.1 and the iPhone 7. He says..

“So during Christmas, I wrote a brand new exploit chain for my YUCCA Jailbreak. For now, it only works with iOS 10.2.1 and the iPhone 7, because I am too lazy to include and re-write the code to support other devices I don’t use or own.”

@ijapija00 is a talented hacker, he already has successfully demonstrated iOS 10.1/10.1.1 jailbreak & iOS 10.2 jailbreak with Cydia iOS 10. You can just follow bellow links to verify his talent on iOS 10 jailbreak.

There is a very good hint in the story. @ijapija00 plans to combine with Luca Todesco and make iOS 10.x jailbreak for the future. He says…

You can check out the video bellow…