We have good news for Cydia loving users, jailbreak research team, KeenLab has demoed jailbreak and Cydia download for iOS 10.3.2 & iOS 11 running devices. This will be really interesting news for all iDevice users they are willing to enjoy jailbreak features with latest iOS versions. Now you can keep your hopes up to get Cydia for iOS 11 upcoming versions & iOS 10.3.2 as well. 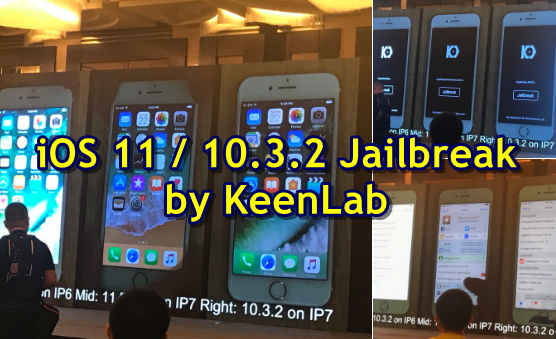 The new Keen jailbreak for Cydia iOS 10.3.2 and Cydia iOS 11 was demonstrated at the last Mobile Security Conference (MOSEC) in Shanghai. This is the very first time we hear about the iOS 10.3.2 jailbreak and iOS 11 jailbreak in a working mode.

Min Zheng (Security Engineer) was firstly shared this information on his twitter account. In the event, Team of KeenLab demonstrates working Cydia on different devices with different iOS versions. You can see in the bellow photograph, 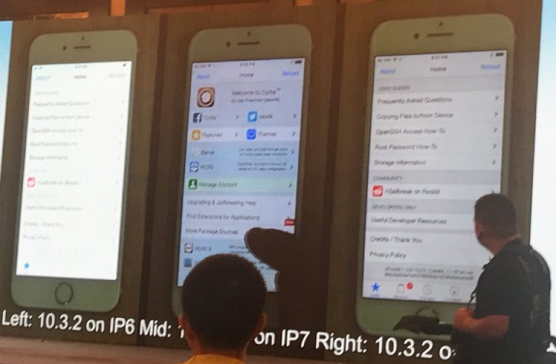 As know at this moment, new KeenLab jailbrek will be supported to Cydia download for 64-bit devices only. As well as it will work on both iOS 10 (10.3.2, 10.3.3) & iOS 11 firmware visions as well. Keen jailbreak also will be available as a form of IPA file that can be installed on iPhone, iPad or iPod with Saurik’s Cydia Impactor tool.

At the time of writing, Keen Team does not confirm whether they releases or not jailbreak iOS 11 – 10.3.2 for the public. If they decided to release, most probably it will be available after Apple released iOS 11 final version.

Stay in touch with us, we’ll let you know as soon as if any change in the thigs. Follow us on Twitter, add us to your circle on Google+ or like our Facebook page for new releases, news & update about Keen jailbreak & many more..