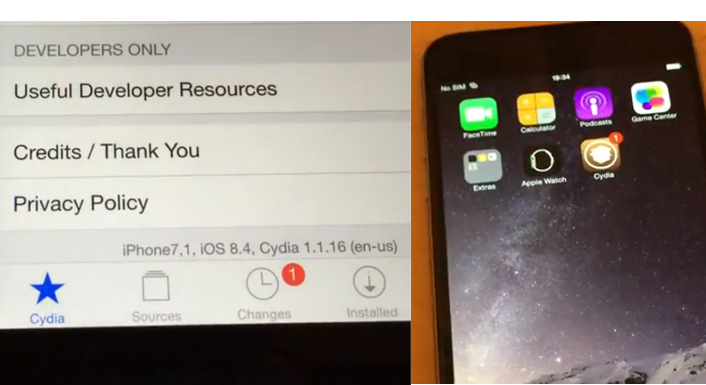 This time it is not from your favorite teams Pangu or TaiG. The famous German hacker Stefan Esser known as “i0n1c” brings jailbreak for Cydia iOS 8.4. He has published video proof for upcoming iOS 8.4 jailbreak. That video shows working Cydia on iPhone devices which runs on newly released iOS 8.4 beta.

In this video, it’s not showing how to jailbreak iOS 8.4, but you can see the iPhone 6 device which installed Cydia app on the home screen & it works. But, how can we proof he is on iOS 8.4. Yes, therefore he demonstrate Apple Watch app & brand new Music app on the jailbroken device, because it is only available with iOS 8.4 (Apple Watch app comes with from iOS 8.2).

For further explanation, read he says..

“today I am delighted to share this video of a proof of concept iOS 8.4-beta 1 jailbreak that I was working on the last 4 days. Of course this video will trigger haters all over the jailbreaking scene that for some reason believe they can decide what a person is allowed to do or not do with their work. Haters gonna hate. So just ignore the haters and never let them tell you what you have to do. In that regard never let anyone bully you and stop you from showing your own hard work. Peace!

The major vulnerability used in here was found right after the SyScan 2015 security conference when I was relaxing in Singapore from several weeks of training and conferences. The vulnerability itself is however not new to iOS. Instead it is inside the code virtually forever. But the code of this jailbreak has nothing at all todo with the previous CyberElevat0r for iOS 7.1.1 – it does not share a single line of code.

I am not showing persistence or an untether at the moment because something is broken with it. But hey this is just a first proof of concept.” 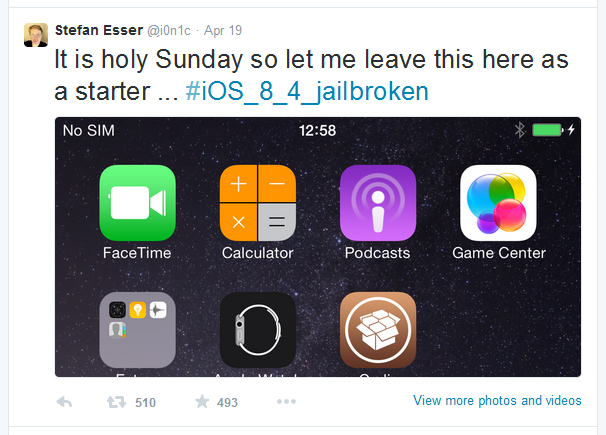 Who’s this jailbreak developer? & has who talented enough to jailbreak Apples latest iOS version? The i0ni1 (Stefan Esser) is the well talented character on technical field. He has already demonstrate untethered jailbreak for iOS 4.3.1 version but, it’s not a public release. Considering all those things, we cannot ignore this new video demo & have to get this serious.