Apple released their last update for iOS 8 firmware as iOS 8.4.1 on 13th of August 2015 for iPhone, iPad & iPod Touch. After that release, Cydia lovers are searching & searching for the jailbreak iOS 8.4.1 in every where.

Therefore here we decided to update Cydia jailbreak status for interesting users to their convenience & knowledge. Please don’t get cheated & be careful, there are so many fake things surround. So, this is the current status of iOS 8.4.1 jailbreak you should know.. 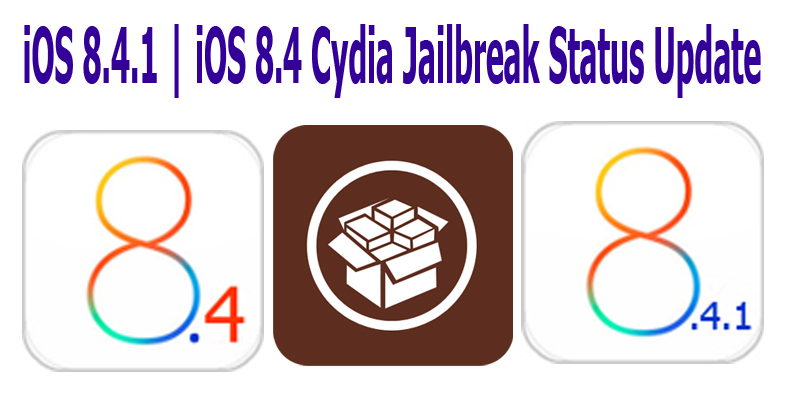 No. Currently you cannot Cydia download for iOS 8.4.1 devices.

This method is also not possible. Apple has stopped signing iOS 8.4. So, iOS 8.4.1 users are no longer able to downgrade to iOS 8.4 now.

Yes. Good news ! Pangu can jailbreak iOS 8.4.1. Team Pangu has successfully demonstrated iOS 8.4.1 jailbreak few days ago. But, they not yet released jailbreak tool for the public. Therefore, you are still unable to get Cydia for iOS 8.4.1 using Pangu jailbreak tool.

When will Pangu release jailbreak?

Apple will release all new iOS 9 in later this month. So, most probably Pangu also will delay to release jailbreak until iOS 9 is alive. Apple was unable to patch Pangus’ exploits in iOS 8.4.1 & Pangu will keep it for jailbreak iOS 9 upcoming version. Because, if Pangu expose their exploits now, Apple can simply patch them in iOS 9.

This means, after release iOS 9 for the public Pangu will out jailbreak for iOS 8.4.1. If Apple has not patched Pangus’ exploits in iOS 9, then Pangu jailbreak can use to Cydia download for both iOS 8.4.1 & iOS 9 versions.

Update 1:
Pangu confirmed Apple has patched two vulnerabilities in iOS 9 beta 5 which are used for the iOS 8.4.1 jailbreak. This means that the Pangu jailbreak iOS 8.4.1, will not work with iOS 9. Read more details on Pangu’s blog..

Update 4:
There may be an opportunity to get Cydia for iOS 8.4.1 devices…

If you are with iOS 8.4 or older version, still NOT the time to update your firmware. Just stay on your current iOS version & keep jailbreak enable status of your device. After release next jailbreak you can upgrade your device & get Cydia for that.

What you think? Next jailbreak will support iOS 9 also or only for the iOS 8.4.1? Let us to know in a comment..