As the newest firmware update for Apple idevices, iOS 8.1.3 version has pushed out for the public in few days ago. Then, most of the users are looking for iOS 8.1.3 jailbreak, because of Cydia. They want upgrade their devices to latest iOS 8.1.3 with Cydia download for it.

After released 4th beta of iOS 8.2 for developers, Apple has decided to out their next firmware update to the public as iOS 8.1.3. With this software update, Apple presents some improvements and bug fixes for iPhone, iPad & iPod. The major & important thing we have to consider, Apple has blocked jailbreak for iOS 8.1.3 by this update & restrict Cydia download. 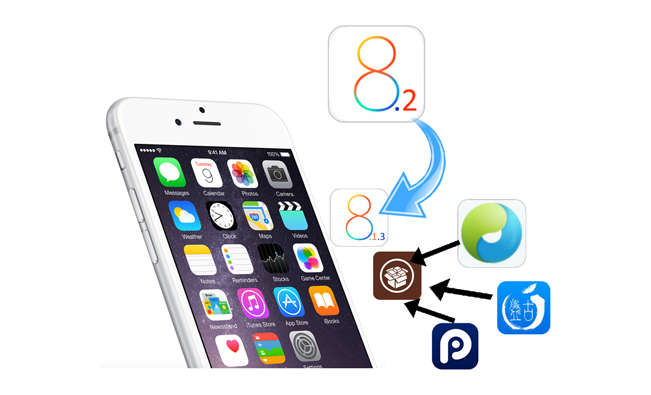 No. This time, Cydia is not available for iOS 8.1.3 version. Because, there is no iOS 8.1.3 jailbreak for download & install Cydia. You know, jailbreaking is the only method to get Cydia on iOS devices. The company Apple has discovered & patched most of the exploits that were early used by the jailbreakers by this software update.

Like in earlier, Pangu8 jailbreak was closed by the software update of iOS 8.1.1, this time TaiG & PP jailbreak which are supported to download Cydia up to iOS 8.1.2, were killed by this iOS 8.1.3 maintenance update. That’s mean; both above tools cannot use to Cydia download & install process for iOS 8.1.3 (iOS 8.1.3 jailbreak) running idevices.

At this moment, Cydia is not supported for iOS 8.1.3. However, you are able to Cydia download up to iOS 8.1.2 versions. Except iOS 8.1.3, all available iOS versions are covered by the Cydia through several jailbreak solutions.

iOS 8.1.2 is the latest iOS version which is Cydia compatible. iDevice users, those who are wanted amazing Cydia, stay on iOS 8.1.2. Then, you can use TaiG or PP jailbreak for Cydia download your iOS 8.1.2 devices.

Windows users – How to get Cydia for iOS 8-8.1.2 devices using TaiG jailbreak?

What will be the next iOS update?

Most probably it will be the iOS 8.2 – the biggest update of iOS 8. However, if it is iOS 8.1.3 jailbroken, Apple will pull back iOS 8.2 and try to kill jailbreak and Cydia download for iOS 8.2. Because; they will take each & every efforts for keep iOS 8.2 away from jailbreak & Cydia.

iOS 8.1.3 is not a stable major version. It is only for the maintenance & testing purpose. So, our point of view we do not much consider about jailbreak iOS 8.1.3, because important iOS 8.2 version coming soon. If someone early exposed exploits of upcoming iOS, then jailbreak iOS 8.2 will become harder.

Therefore, we suggest users to :