Houdini semi jailbreak has updated and users can download for iOS 11.2 to 11.3.1 running devices. This will be really good news for all Apple users who are willing to download Cydia and other third party applications. This jailbreak solution based on the iOS 11 jailbreak exploit released by famous hacker Ian Beer. He was done major role in the jailbreak community with latest iOS versions. Houdini iOS 11.3.1 semi jailbreak is still in beta version (beta3) and IPA can install to your device with Cydia Impactor. 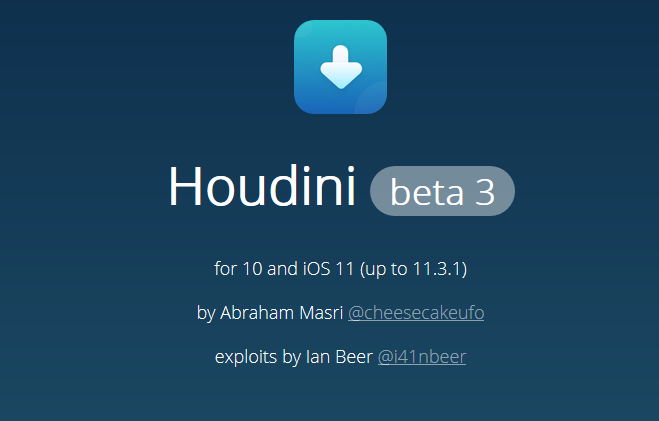 How to jailbreak your Device with Houdini

What is new with Houdini jailbreak ?

Houdini jailbreak solution is still in beta stage and the latest version, beta 3 support for iOS 11.2 to iOS 11.3.1 running device. However, Houdini beta 3 can only use for Apple developers because you need to use paid developer account to jailbreak your device with this new update. Therefore all public users need to avoid using this application with their devices

These are the new features of Houdini beta3

No, This moment you are unable to download Cydia with Houdini semi jailbreak. But, Houdini next update will release with Cydia for public users. All Cydia lovers need to wait until stable jailbreak solution release for public compatible to iOS 11.3.1.