A new iOS 10.3.3 jailbreak for 64-bit devices has released! These are the instructions on how you can download & install Cydia for iOS 10.3 – 10.3.3 running iPhone, iPad or iPod using G0blin jailbreak.

What is g0blin jailbreak ? It is newly developed 64-bit jailbreak tool for iOS 10.3.x devices. It supports to Cydia download from iOS 10.3 to iOS 10.3.3 running 64-bit iPhone, iPad or iPod. G0blin jailbreak was developed by the Canadian iOS developer, Sticktron for developers, but now you also can install Cydia with this jailbreak because, xPreeks has added Cydia & compiled the IPA.

Here’s what you need to know about g0blin jailbreak

Update : Sticktron has released goblin jailbreak officially for the public

Step 1: Backup your device with iTunes or iCloud. Take Passcode OFF if it is on

Step 2: Download the official IPA file of gobling0 jailbreak tool from above link on to your computer.

Step 6: Enter a valid Apple ID and password when it prompt.

Step 7: Wait for the jailbreak app to be installed on your iOS device. Once it complete, you will see “g0blin” app icon on your Home screen. 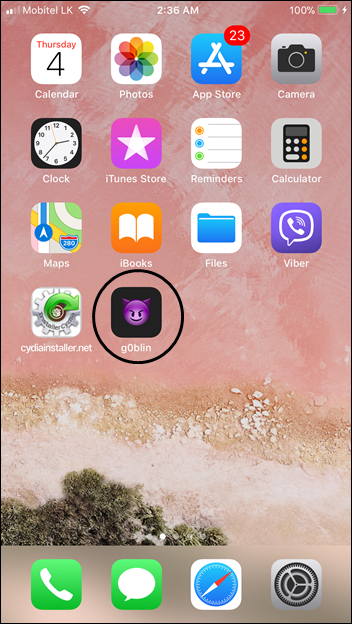 Step 9: Open the “g0blin” app on your Home screen and tap on “(i)” sign in the upper right corner of the screen 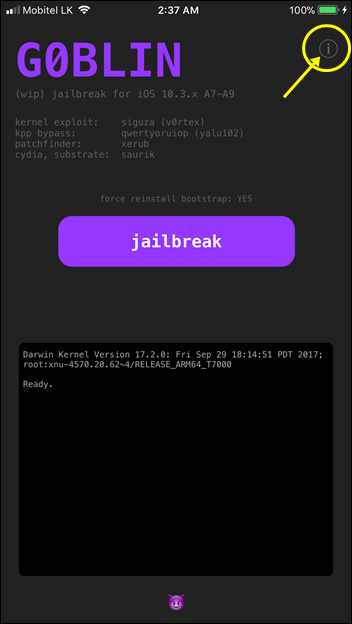 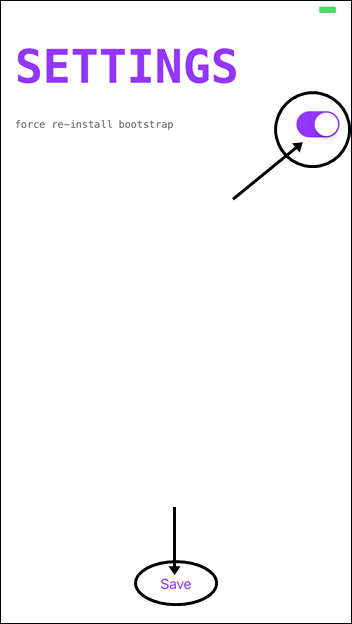 Step 11: Now click on “jailbreak” button to start the jailbreaking 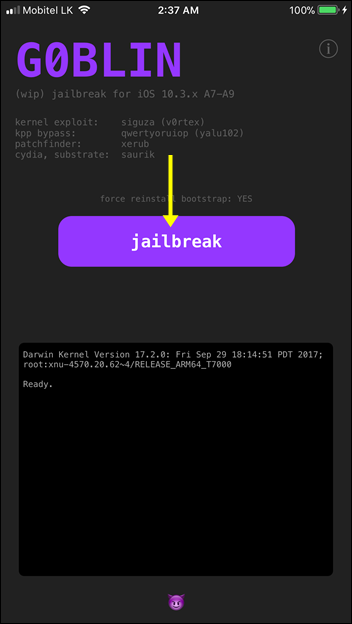 Step 12: Wait for to complete the jailbreak process. Finally Cydia will be seen on your device Home screen. 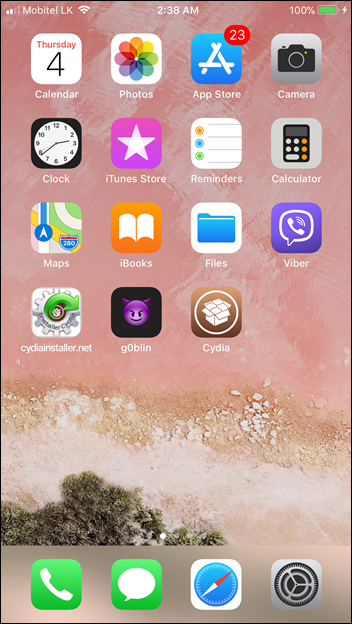 Note : Third-party applications that need root access such as Filza are not working properly. So, please avoid installing these type of apps until fix this issue with an update.