Jailbreak and install Cydia for iPhone 7 and 7 Plus – Review 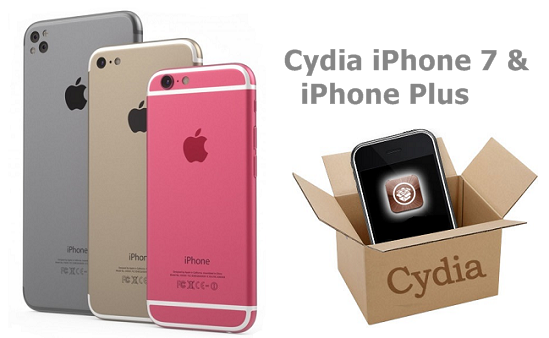 Both of these upcoming iPhone models are similar to the iPhone 6S and 6S Plus devices. But some of the newly features added with next release. Are you like to jailbreak and install Cydia for iPhone 7 & 7 Plus ? Yes, this will be useful to you.

iPhone 7 and 7 Plus will be run with Apple next major release – iOS 10. Apple already has released iOS 10 beta version for developers & public testers. There are great possibility to release jailbreak for iOS 10 very quickly. Because, iOS 10 has already been jailbroken successfully by the two different hackers. Your loving Pangu Team has demoed iOS 10 Jailbreak in last MOSEC conference. Also, the well knows iOS hacker, iH8sn0w was demonstrated Cydia on iOS 10 beta running devices wiith his jailbreak. Therefore most probably you can install Cydia for iPhone 7 and 7 Plus devices without any delay.

Apple patched iOS 9.2-9.3.3 jailbreak after released iOS 9.3.4. In this moment iOS 9.3.4 users unable to install Cydia application for their devices. Famous iOS hacker, Luca Todesco demoed Cydia on iOS 9.3.4 in last week. But, Luca will not release jailbreak for public users. This means iOS 9.3.4 jailbreak will not too far away from users. Please touch with us to jailbreak and install real Cydia application.

Are you willing to jailbreak ? Pangu latest jailbreak only support for 64 bit devices. We recommend to update your device to iOS 9.3.3 version if you are with lower iOS version. Apple iOS 9.3.4 have not updated with new features. So 9.3.4 update will not give any advantage for your device.