He is in action again, well-known hacker – Luca Todesco has demonstrated Cydia iOS 10.1.1 on a iPhone 7. This will be really good new for user those who are waiting for iOS 10 – 10.1.1 jailbreak release..

Todesco (qwertyoruiop) has posted a photo via his Twitter that shows Cydia on iPhone 7 running iOS 10.1.1. This means, he has successfully done iOS the jailbreak iOS 10.1.1. In the photo you can see running Cydia (Cydia 1.1.27) on iOS 10.1.1 on Apple’s new iPhone 7 (iPhone 7 identified as iPhone9,3) device. Luca says the jailbreak also works on the iOS 10.1

Todesco has previously demoed Cydia on iOS 10 several times, but he didn’t release for the public 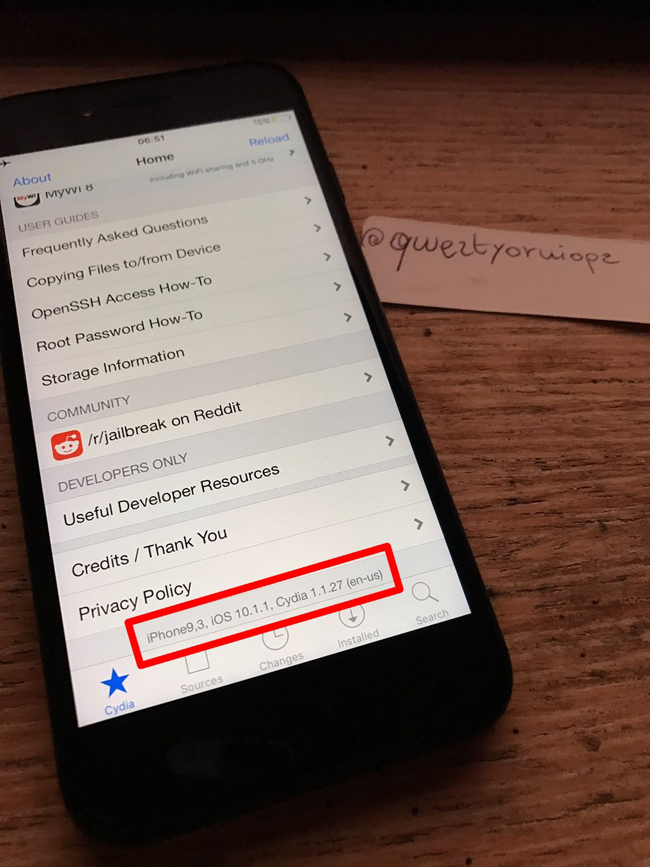 Luca is not the only person who has jailbroken iOS 10.1.1 successfully. Few days ago, another iOS hacker had demonstrated Cydia iOS 10.1 / 10.1.1 with his new jailbreak.

We are not expecting Todesco to release a public jailbreak for iOS 10. Other hacker also state the reasons why he’s not going to release jailbreak public. However, it is happy to know that a jailbreak iOS 10 – 10.1.1 is actually possible. So, hope you become available Cydia iOS 10 – 10.1.1 soon..

OR scan the QR-code with your device