↓ Skip to Main Content
Cydia Installer > iOS 8.2 jailbreak > Who will be able to get Cydia for iOS 8.2 – TaiG, Pangu or PP jailbreak?

Who will be able to get Cydia for iOS 8.2 – TaiG, Pangu or PP jailbreak?

iOS 8.2 public & final release launched. More than a week has gone but, Cydia is not there. Because, it’s not possible jailbreak iOS 8.2 yet. All existing tools like TaiG, PP as well as Pangu8 have failed & new jailbreak tool also still not arrived. 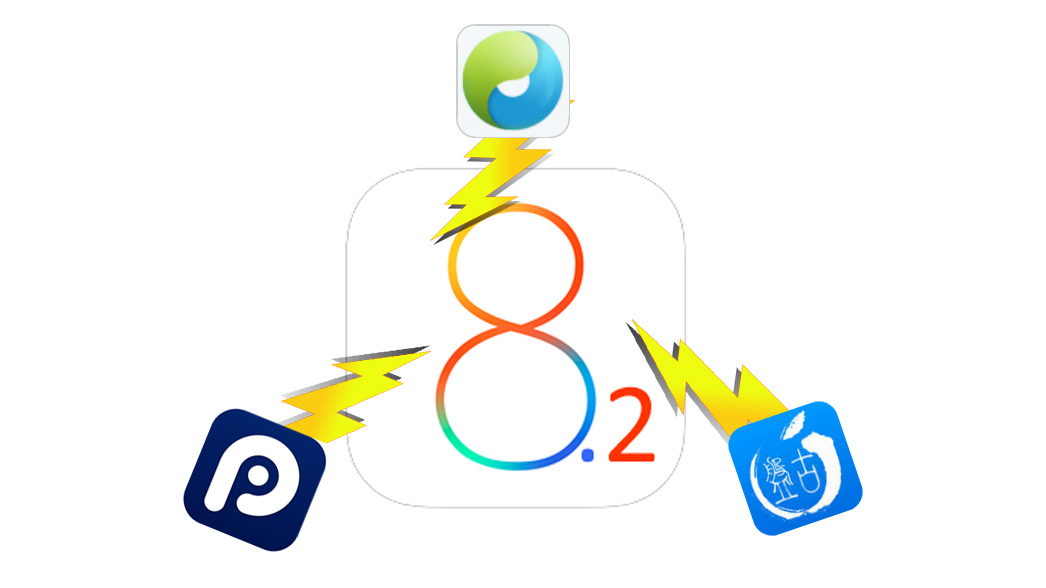 However, some users already have upgraded their idevice’s firmware version up to latest. After that they are regretting because, they have lost Cydia from their device. Then, searching & searching for jailbreak to get back Cydia. So, if you are still away from iOS 8.2, patiently read & follow this important instructions are given here [..].

Why Cydia is not available for iOS 8.2 ?

Using iOS 8.1.3 update, Apple was able to kill most of vulnerabilities used by the jailbreakers for iOS 8 to 8.1.2 jailbreak. Therefore, users not allow to Cydia download for iOS 8.1.3 & above idevices. Now, there is no Cydia for iOS 8.1.3 devices as well as iOS 8.2 iPhones, ipads & iPod Touches.

Furthermore, we cannot use existing jailbreak tools to install Cydia for iOS 8.2 devices. All have failed with on last two firmware updates. The latest TaiG & PP jailbreak not work with iOS 8.2 version. Pangu8 jailbreak for iOS 8 – 8.1 is also not supported to get Cydia on iOS 8.2. Then, how to get success?

However we have to trust on above jailbreak tools for iOS 8.2 also. Because, there is no any sign about new jailbreak release, other than the existing tools.

Most of the jailbreak lovers in all over the world are waiting for this update. Yes, this is the tool which has great chance to release iOS 8.2 jailbreak tool version. How can say as it is? They already have a jailbreak experience with iOS 8.2. After closed TaiG jailbreak with iOS 8.1.3 by the Apple, they update their tool as TaiG Version 1.3.0 for iOS 8.2 beta 1 & beta 2 jailbreak. Apple still not patched for those vulnerabilities.

According to the rumors, TaiG will launch new tool update for iOS 8.2 jailbreak support. Windows users are happy with this news because, expected tool may works on Windows computer & there is no chance for Mac users. But, they will release Mac version also for iOS 8.2 jailbreak later. After TaiG is success, we will publish iOS 8.2 TaiG jailbreak tutorial for you.

PP jailbreak team is also working hard to release Mac base jailbreak tool for iOS 8.2 Cydia download. Except TaiG, this is the most expecting Cydia installing program for iOS 8.2 latest versions. PP jailbreak also works on up to iOS 8.2 2nd beta. The jailbreak guide for iOS 8.2 beta has given bellow. If PP jailbreak success on the final version of iOS 8.2, Mac user guide will be available for you.

What about brand new jailbreak solution for iOS 8.2

There is still no any sign from newer jailbreak solution. But all things are possible to do. Touch with us for happy news.

Yes. There is a chance to release new jailbreak tool by the iMods for iOS 8.2. But, it will not support for Cydia download & only for the Cydia alternative iMods app store install.

Anyhow, we know you want Cydia for your iOS 8.2 devices as soon as possible. The happy news will come soon. If it is possible jailbreak iOS 8.2 with any tool. All information & guide can be obtained with us. You don’t miss anything with cydiainstaller.net