↓ Skip to Main Content
Cydia Installer > iOS 8.2 > How to upgrade iDevices to iOS 8.2 as jailbreakable for Cydia?

How to upgrade iDevices to iOS 8.2 as jailbreakable for Cydia?

Apples’ next major update on iOS 8 is now very close to launch for the public community. Within next few days, iOS 8.2 final version will be released for iPhone, iPad & iPod devices. So, are you ready to take in these new features with your device? This is the right way, move to iOS 8.2 as jailbreak enabled for Cydia. 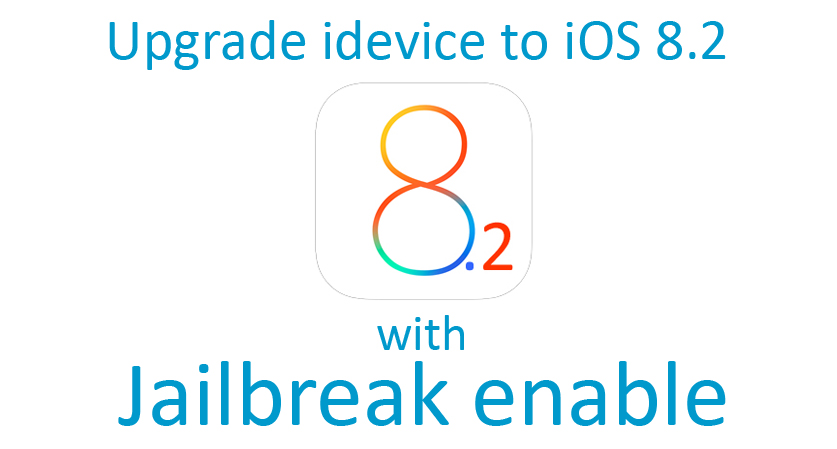 Before upgrade the device to new firmware version, you have to consider some valuable points. If you are willing to download Cydia for iOS 8.2, it is important to proceed firmware upgrade as suitable for jailbreak.

The upcoming software update will be available OTA (Over-the-Air) and through the iTunes. Most idevice users choose OTA update method for their system upgrade. Because, it’s simple & no need to help of a computer to proceed. But, as experience we well known, OTA updated devices not compatible for jailbreak. All latest jailbreaking tools have completely failed with OTA devices. Therefore strongly recommend users to Do not OTA update your device for iOS 8.2, if you want to jailbreak it.

Other disadvantage of OTA, it requires much more free space from your device memory to install iOS 8.2 firmware.

What is the best method for firmware upgrade to iOS 8.2 ?

Here you can use iTunes to upgrade your device to upcoming iOS 8.2 version. iTunes makes jailbreak friendly environment while upgrading your devices’ firmware. Therefore you want to install Cydia on your iOS 8.2 device, it is best to fully restore your device to iOS 8.2 using iTunes.

What are the compatible devices with iOS 8.2 update ?

How to install iOS 8.2 using iTunes ?

Now you can jailbreak your iOS 8.2 device for Cydia.

After released iOS 8.2, jailbreak will update as soon as possible. The most expected iOS 8.2 jailbreak tool is the TaiG. The team of TaiG has already announced, they can jailbreak iOS 8.2 as untethered.

17 Comments on “How to upgrade iDevices to iOS 8.2 as jailbreakable for Cydia?”