Apples’ next big release of iOS 8 will be the iOS 8.2. At this time they have released 3rd beta version of iOS 8.2 for developer community. Original version will come soon and now we have to consider about how to get Cydia for iOS 8.2 with jailbreak OS.

Probably, iOS 8.2 will be released within first two month of New Year 2015. This could be a major update on iOS 8 firmware & Apple working hard for this iOS 8.2 make awesome. They will spend their time & take all effort to restrict jailbreak & avoid Cydia download on upcoming iOS 8.2. In other side, jailbreakers also have started their project to develop jailbreak tool for iOS 8.2, based on beta release of it. 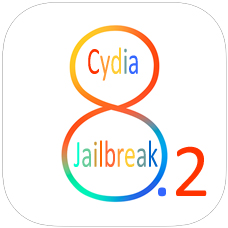 What will be the compatible devices for iOS 8.2 ?

All existing iOS 8 devices are able to download iOS 8.2 update. Those are;

What are the new features of iOS 8.2

It will be pushed out in year 2015. Most probably iOS 8.2 will be released for the public in month of February new year. Apple has wanted to take over iOS 8.2 as stable error free version. They test a lot for this reason, before public release the original OS.

In other side, Apples’ new device introduces, “Apple Watch” ready to launch in next year. Most often, iOS 8.2 will be released alongside with new Apple Watch device.

Apple patched TaiG jailbreak by their 2nd beta version of iOS 8.2. That’s mean, upcoming final version of iOS 8.2 is jailbreak free. Therefor you can’t get Cydia for iOS 8.2 by the existing jailbreak tools. Jailbreak developers have to find another method for break jail of iOS 8.2 firmware. Other vice, Cydia will be away from your device & you can’t customize the device without Cydia.

However; we can hope about, there are two existing tools with ability to jailbreak iOS 8.2 and Cydia download & install on it.

Both these great jailbreak teams are ready to update their tools as iOS 8.2 support. Then you can see in near future, who will win this competition. Until that, invite you to update your idevice  up to latest iOS 8.1.2 version. Your favorite Cydia is available with TaiG jailbreak for iOS 8.1.2.

What about the iMods ? for iOS 8.2 jailbreak

The brand new upcoming iMods also will be released with compatible for iOS 8.2. The tool comes with an iMods, will be able to jailbreak iOS 8.2 firmware. But, it doesn’t support for Cydia download & install. It will install Cydia alternative iMods App Store.