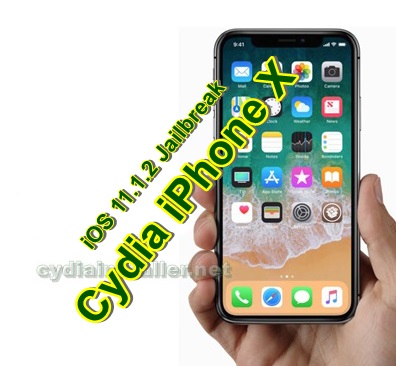 Here’s another interesting News for jailbreak lovers those who are willing to download Cydia for iOS 11. Developer, Abraham Masri has finally got Cydia on iPhone X running iOS 11.1.2 firmware. 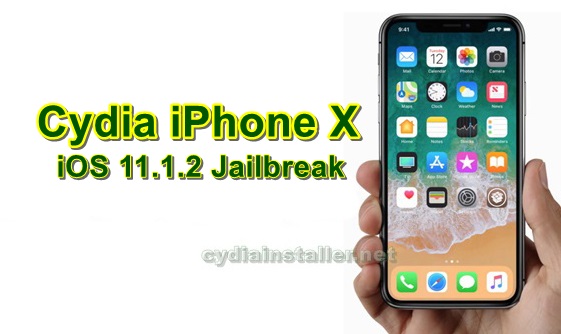 Here’s the photo of the Cydia installed jailbroken iPhone X. In the photo, we can see Cydia Installer 1.1.30 latest version with iOS 11.1.2 firmware on iPhone10,3 (iPhone X) 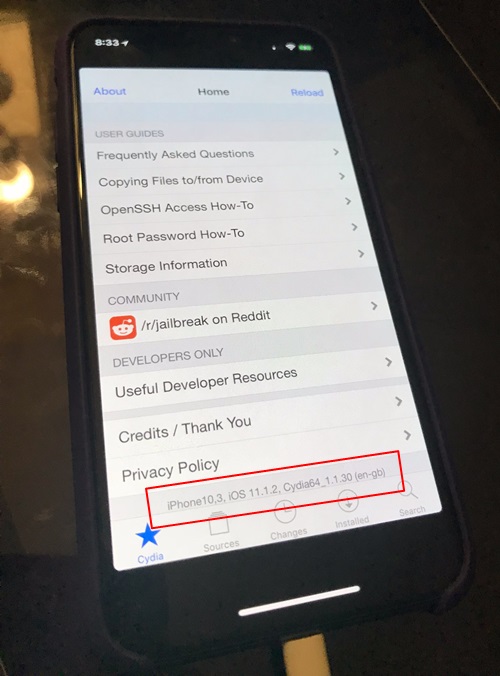 When this jailbreak released for the public ?

Yes, this iOS 11.1.2 jailbreak is not limited to teasing and definitely will be released for the public. But, we have to give him time and wait until to complete. According to Masri, there are so much work still need to be done. Cydia runs but functions is limited as still can’t install or run any Cydia tweaks with iOS 11. Saurik also have to update Cydia to compatible with iOS 11 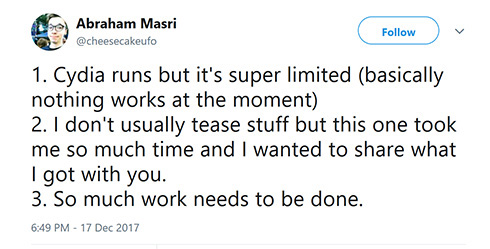